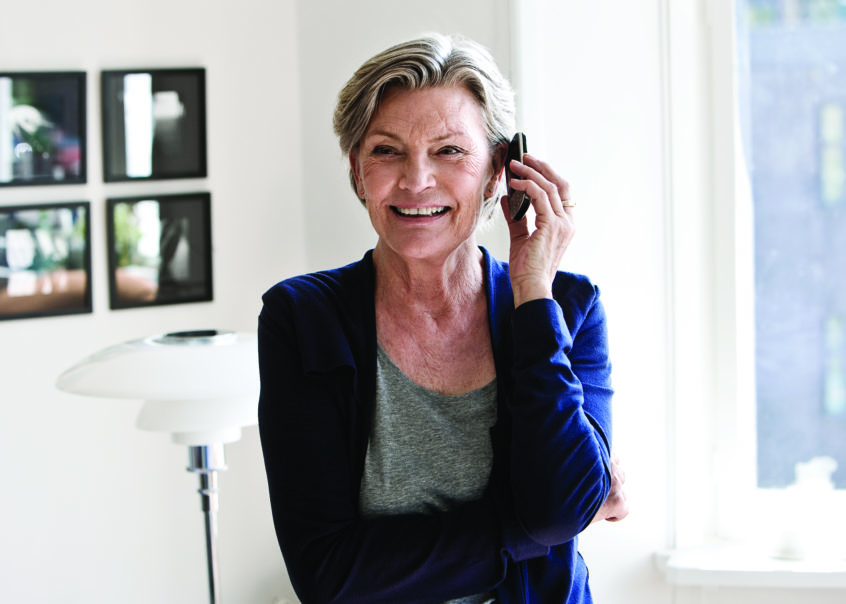 Scientists are focused on figuring out how to prevent cognitive decline as we age. Unfortunately, there are still no effective treatments or cures. However, a number of studies have shown a connection between hearing loss and cognitive decline. In fact, findings from a study conducted by Brigham and Women’s Hospital suggested that hearing loss may help identify individuals at greater risk of cognitive decline, and could provide insights for earlier intervention and prevention.

The researchers at Brigham and Women’s conducted an eight-year longitudinal study among 10,107 men aged >62 years in the Health Professionals Follow-up Study (HFPS). They assessed subjective cognitive function (SCF) scores based on responses to a six-item questionnaire administered in 2008, 2012 and 2016. SCF decline was defined as a new report of at least one SCF concern during follow-up.

But the big question is can wearing hearing aids prevent cognitive decline in older adults and improve brain function? A study from the University of Melbourne says hearing aids indeed may help.

The researchers tested the use of hearing aids in almost 100 adults aged 62-82 years with hearing loss.

Participants were assessed before and 18 months after having hearing aids fitted on their hearing, cognitive function, speech perception, quality of life, physical activity, loneliness, mood and medical health.

After 18 months of hearing aid use, researchers found speech perception, self-reported listening disability and quality of life had significantly improved for participants.

Most notably, 97.3 percent of participants in this study showed either clinically significant improvement or stability in executive function – their mental ability to plan, organize information and initiate tasks.

Women, in particular, showed significant improvements in working memory, which is used for reasoning and decision-making, as well as most other cognitive functions assessed.

The study also found more frequent use of hearing aids was associated with greater improvements in cognitive function, and women were much more diligent at wearing their hearing aids than their male counterparts.

Further research is underway to compare cognitive outcomes from a larger sample size to validate results, so stay tuned. At this point, use of hearing aids if you have hearing loss certainly has more pros than cons, and it might just provide other benefits not previously understood.

Until then, if you’re concerned that hearing loss may be impacting your cognitive abilities, schedule an appointment for a comprehensive evaluation with a doctoral-level audiologist today.