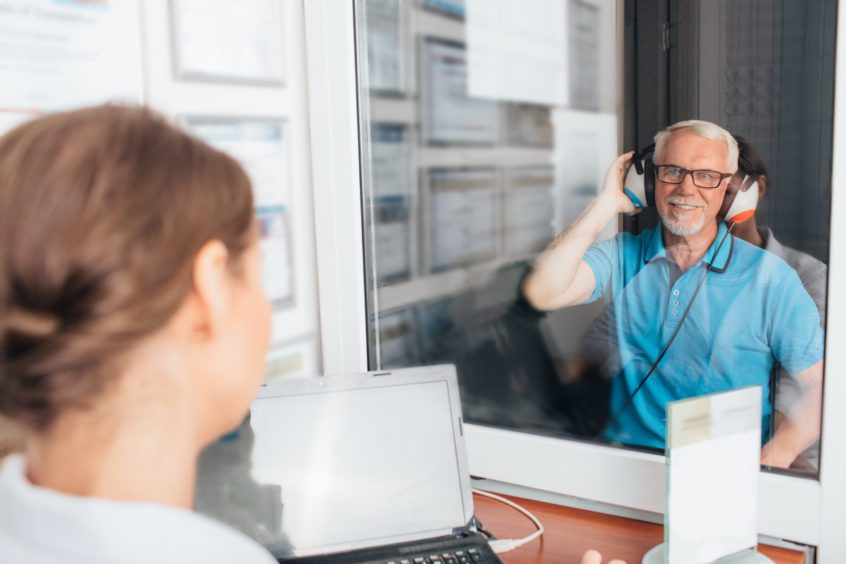 Diabetes and hearing loss are two of America’s most widespread health concerns. According to the American Diabetes Association, nearly 30 million people in the U.S. have diabetes, and an estimated 34.5 million have some type of hearing loss.

In addition, a recent study found that hearing loss is twice as common in people with diabetes as it is in those who don’t have the disease. Also, of the 84 million adults in the U.S. who have prediabetes, the rate of hearing loss is 30 percent higher than in those with normal blood glucose. Could there be a connection?

A review of studies of possible links between type 2 diabetes and hearing impairment concludes there is compelling evidence that diabetes can damage the auditory system, and that physicians should include hearing testing in the management of type 2 diabetes. The survey results were published in an article titled, “Type 2 Diabetes and Hearing Impairment” in the journal, Current Diabetes Reports.

Though scientists don’t know exactly how diabetes is related to hearing loss, the theory is that high blood sugar can damage blood vessels throughout the body, including the inner ear. If you’ve had diabetes for a long time and it isn’t well-controlled, there could be damage to the vast network of small blood vessels in your ears and elsewhere in the body.

Another complication of diabetes is nerve damage. It’s also possible that damage to the auditory nerves could lead to hearing loss.

Studies suggest that by managing diabetes, people can help minimize potential diabetes-related hearing damage. Researchers at Henry Ford Hospital in Detroit found that women between the ages of 60 and 75 with well-controlled diabetes had better hearing than women whose diabetes was poorly controlled.

Diabetics Should Have Their Hearing Tested Regularly

Thanks to this stronger evidence of a connection between diabetes and hearing loss, the Standards of Medical Care from the American Diabetes Association recommend assessment and treatment for common diabetes-associated conditions, including hearing impairment. The standards cite a National Health and Nutrition Examination Survey analysis that showed hearing impairment is about twice as great in people with diabetes compared to those without, after adjusting for age and other risk factors for hearing impairment.

More research is needed to fully understand the link between diabetes and hearing loss, but armed with this information, the Better Hearing Institute (BHI) urges individuals with diabetes to get their hearing tested regularly to monitor for changes in hearing.